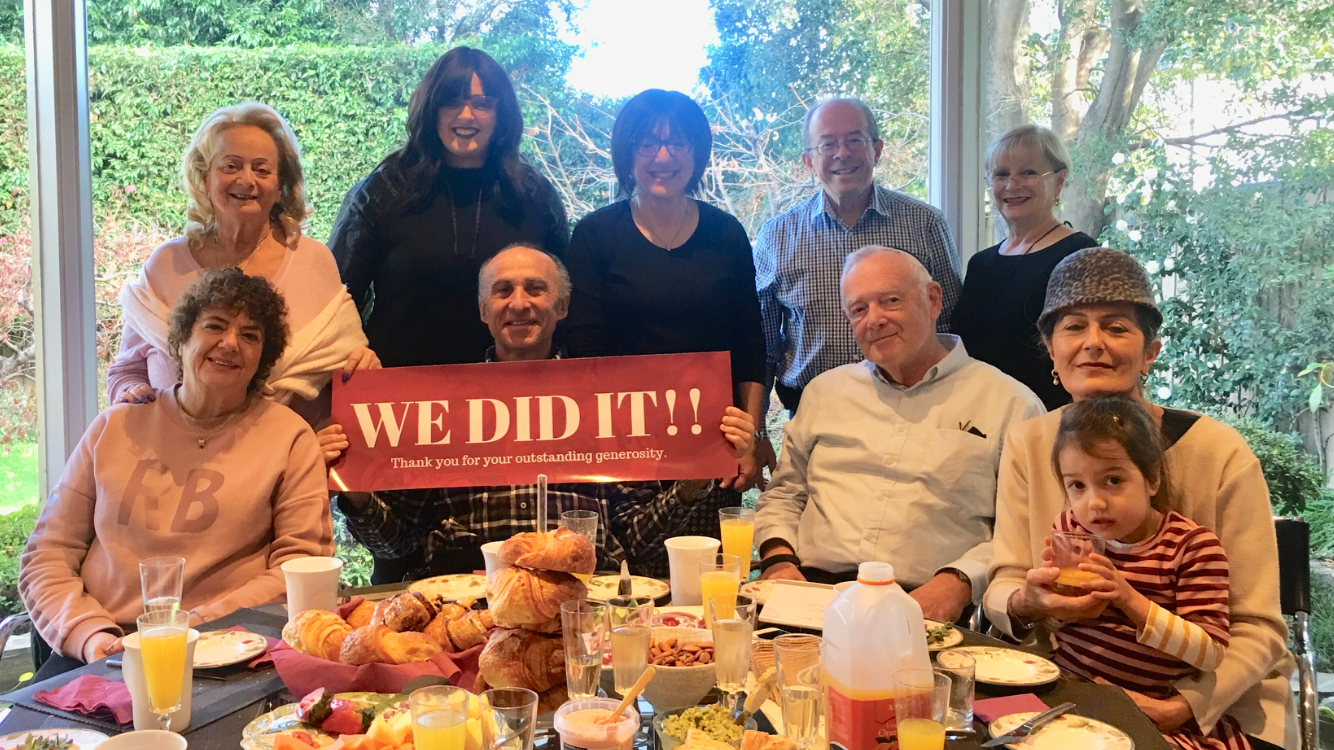 Rosh Hashana is a time to take stock of our achievements, to reflect on the past and to express our hopes for the future.

Jerusalem’s Shaare Zedek Medical Centre has experienced yet another year of unprecedented growth and development and is well on the way to implementing its plans for continued future expansion.

As Jerusalem’s most central and dynamic hospital with a profound commitment to the citizens of Jerusalem and beyond, this expansion is demonstrated in numerous areas.

Shaare Zedek is building a new Cancer Centre and Radiotherapy Institute as part of the Hospital’s Master Plan which will triple the size and transform the scope of operations at Shaare Zedek.

Another area of significant progress was Shaare Zedek’s introduction of innovative and cutting edge medical equipment.  Shaare Zedek was the first hospital in the world to install the revolutionary Embrace, a Neonatal MRI system that enables staff to safely and easily conduct brain scans of premature babies.  With over 22,000 babies born at Shaare Zedek this year, the hospital truly represents the healthy future of Israel.

Shaare Zedek has a strong focus on world class research and development.  This year Professor Ephrat Levi-Lahad, Head of Medical Genetics at Shaare Zedek received the EMET prize for Art, Science and Culture.  This prize is awarded for achievements that have far reaching influence and make a significant contribution to society.

Prof Levy-Lahad shared “We stand poised at the beginning of a revolution that genetics is making in all areas of medicine throughout the world, especially in Israel where there are different and special populations… Such efforts lead to scientific insights and greatly improve patient care.”

The benefits of this research at Shaare Zedek are felt by Jewish communities around the world.  Recruitment will shortly commence in Melbourne and Sydney for a study based on the discoveries made at Shaare Zedek into the effect of the BRCA 1 and 2 mutations.

From a local perspective too, this past year has been a significant one.  The Australian Friends of Shaare Zedek achieved tax deductibility status and ran a successful campaign to raise funds to purchase a next generation Gene Sequencer to enable the hospital to continue its groundbreaking work.

Dr Allan Garfield, Chairman of the AFSZ says, “Shaare Zedek Medical Centre epitomizes the synthesis of modern medicine with all its technological advances together with Jewish values of care and compassion.”

“We would like to thank our donors for their ongoing support this year and wish everyone a happy and healthy New Year.

“We pray for peace in Israel and for continued growth and success.”