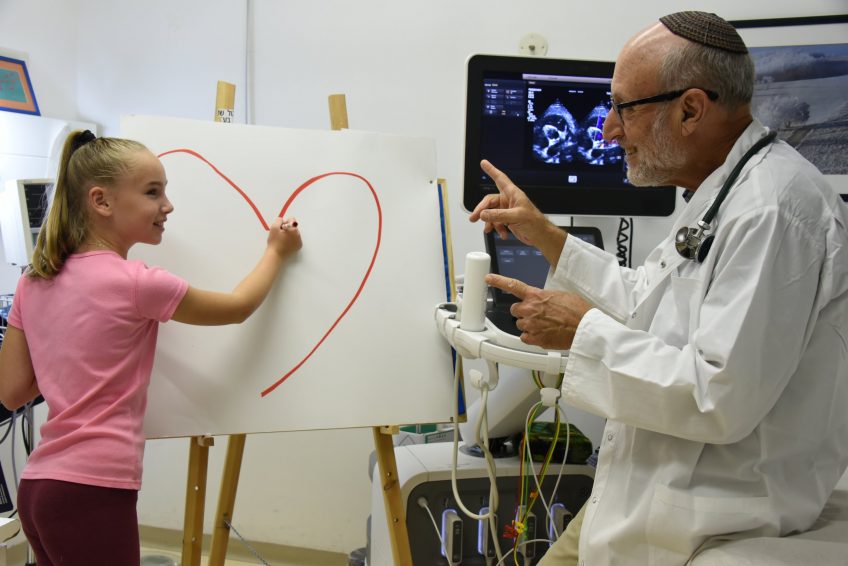 Tzedaka, Charity is an important part of your financial portfolio in Jewish tradition.

And your charity dollar is valuable. When you donate to a cause, it is a meaningful investment and you have the right to expect your donation to be carefully spent and to make a real difference.

So why donate to Shaare Zedek Medical Centre, Jerusalem?

According to Dr Allan Garfield, Chairman of the Australian Friends of Shaare Zedek, Shaare Zedek Medical Centre is an excellent investment of your Tzedaka dollar.

“Shaare Zedek is an efficient and responsible organization.

“The hospital continues to grow dramatically. Donations to Shaare Zedek enable the hospital to continue to expand and to offer compassion and quality medical care to Jerusalem’s citizens.”

The Australian Friends of Shaare Zedek is a group of dedicated volunteers. Operating costs are kept to a minimum in order to maximize your charity dollar.
And when your donation reaches Shaare Zedek, it is being put to good use.

According to a recent article in Israel’s The Marker Publication, Shaare Zedek Medical Centre has succeeded with sound fiscal and operational management for many years.

Shaare Zedek is officially a non-profit organization. Since Shaare Zedek assumed operational control over Bikur Cholim Hospital at the end of 2012, it has grown to 1000 beds across both campuses.

In the past few years, it has opened a ten-storey Next Generation Building, a dedicated Children’s Hospital, a Neurology Institute encompassing a dedicated Stroke Unit, and a new Intensive Care Unit and Surgical Inpatient Unit to complement the Wohl Surgical Operating Complex.

According to The Marker, Shaare Zedek continues to record a very impressive score for fiscal responsibility.

Shaare Zedek Director General Professor Jonathan Halevy notes that Shaare Zedek has for thirty straight years fully paid its employee salaries every month without ever requiring recovery plans or government support. Halevy also confirmed that the hospital has never needed to leverage pension funds to support hospital activities and that Shaare Zedek has demonstrated stability throughout.

Professor Halevy says that a key factor contributing to Shaare Zedek’s fiscal strength is his approach to human resources without overhiring, which promotes stability.

And the exponential growth is set to continue. The Jerusalem Municipality has approved plans that will double the registered land for Shaare Zedek’s use and will triple the approved building space to a massive 283,000 square meters.
This represents significant expansion and will completely reshape the hospital in future years. Construction is about to begin on this massive project.

Dr Garfield notes, “Shaare Zedek is the future of a healthy Jerusalem.

“When you donate to the AFSZ, your money goes to a worthwhile, dynamic cause. Your investment in Shaare Zedek makes a tangible difference and saves lives.”