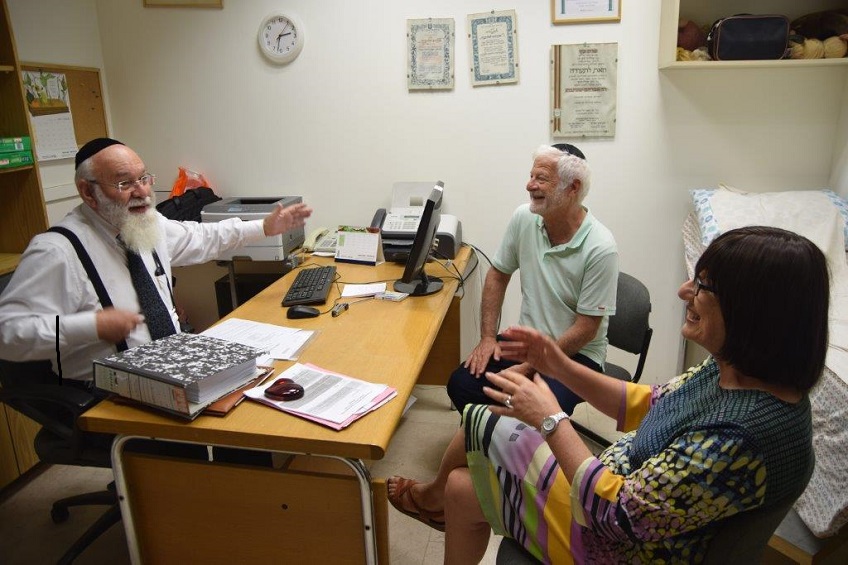 Shaare Zedek: At the forefront of Jewish Medical Ethics

There are many aspects of Shaare Zedek Medical Centre that set it apart from other hospitals around the world. Perhaps the most fascinating of these is Shaare Zedek’s focus on applying Halachic ethical considerations to emerging medical innovations.

The questions that are raised by modern innovation in medical science are sensitive and far reaching and require expertise in both medical and ethical spheres. As the author of a tome on Jewish medical ethics and a world renowned expert in Jewish perspectives regarding some of the most cutting edge scientific implementations in the field of medicine Professor Steinberg addresses complex issues including stem cell research, pre-implantation genetic diagnoses (PGD), gender selection, human enhancement, end-of-life issues, abortions and many others.

Professor Steinberg has guided the department of genetics at Shaare Zedek in assisting the birth of hundreds of healthy children through IVF and PGD to families with very serious genetic diseases.

As technology continues to advance, so too do the ethical challenges.

Reports recently emerged of the world’s first baby born in Mexico using a controversial new technique employed by US scientists in assisted reproduction. In this case, the mother of the child carried the genes for a disorder known as Leigh Syndrome, a condition caused by a mitochondrial gene defect. Her doctor used the nucleus of her egg with the healthy mitochondria from an egg donor in a technique known as cytoplasmic nuclear transfer. The resulting egg with nuclear DNA from the mother and mitochondrial DNA from a donor was then fertilized with the father’s sperm.

This scenario could be further complicated if the egg were to be implanted into a surrogate mother. Effectively, a child born through this technique would have 3 female individuals contributing to its existence. This raises questions regarding who the mother is and what role the donor of mitochondrial DNA might have Halachically.

The ethical ramifications are huge.

According to Professor Steinberg, the function of the few special genes of the mitochondria that are not part of the vast nucleus genes is to supply energy to the cell – the “Power-House.” Hence, although without the mitochondria there can be no “life” for the egg and therefore no life to any foetus, that is not a function of paternity. The same way as a transplanted heart does not make the donor a new parent to the recipient although without the heart there is no life. In other words, mitochondrial DNA does not constitute maternity.

On the other hand, says Professor Steinberg, both the egg and the sperm are responsible for the creation of a new human being and as well as pregnancy is the site of the development of a new human being, therefore they both play a role in the definition of parenthood. The consideration of the role of the surrogate is complex.

Professor Agi Bankier notes, “Shaare Zedek Medical Centre is the forum for both medical excellence and profound insights into the ethical implications of modern advances in medicine. Meeting with Professor Steinberg was a great privilege.”