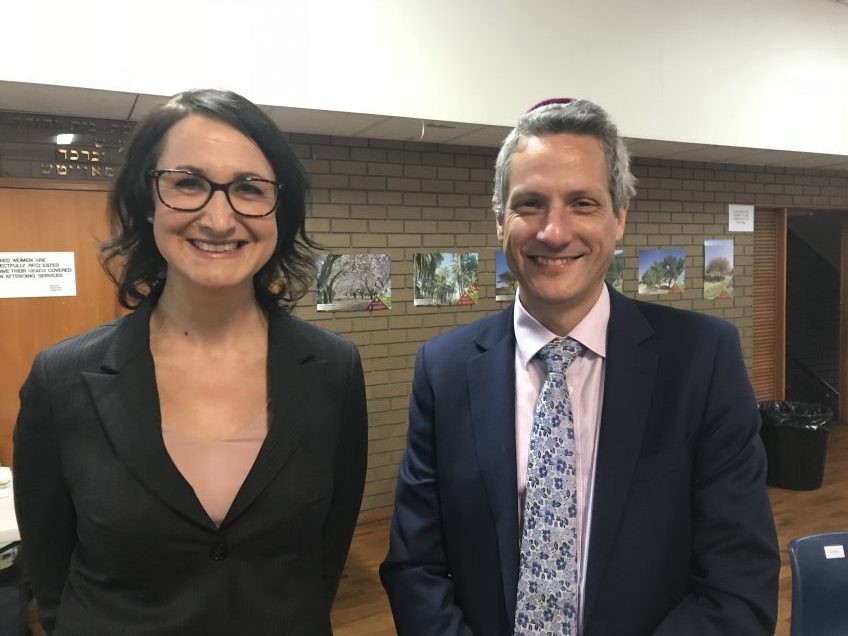 Free Genetic Screening to save Lives in Our Community

A capacity audience filled the Goldberger Hall at Mizrachi Melbourne recently for the first in a series of community presentations in a ground breaking medical research project.

JeneScreen is funded by generous donors and is supported by Murdoch Children’s Research Institute, The Prince of Wales Hospital, Wolper Hospital and Ovarian Cancer Australia.

The project is offering genetic testing to men and women in the Jewish Communities of both Melbourne and Sydney.  Participation in the study is free of charge to participants and screens for 3 of the BRCA gene faults which lead to an increased risk of ovarian, breast and prostate cancer.

At the event, Genetic Counsellor Jane Tiller explained that whilst 1 in 500 of the general population has the BRCA fault, in the Ashkenazi Jewish community the incidence is 1 in 40.

Whilst the implications of knowing that you carry the gene mutation can be significant and confronting, “Knowledge is power, and these tests will save lives,” said Jane.

The Australian Friends of Shaare Zedek Inc are closely involved with the JeneScreen project.

Shaare Zedek’s Medical Genetics Unit has made many discoveries and breakthroughs in the field of genetic disease and has advocated testing for BRCA mutations to all members of Jewish communities worldwide.

The JeneScreen project is led by Professor Martin Delatycki who worked with Prof Agnes Bankier OAM to pioneer the population screening test for Tay Sachs disease amongst the Ashkenazi in Australia.

To express your interest in participating in the JeneScreen project, visit the website at jenescreen.com.au

You will be invited to attend an information session presented by a genetic counsellor. DNA will be collected through a cheek swab. This can be done immediately after the information session, or you can take the DNA collection kit home and mail it back to JeneScreen.