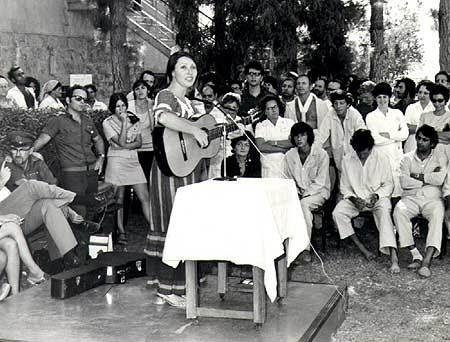 Shaare Zedek plays a crucial role in every aspect of life in Jerusalem, and has featured prominently in the birth and development of the Jewish State.

In 1902, the 20 bed hospital opened its doors on Jaffa Road after receiving permission from the Ottoman Turks and funding from European donors. It was the first large hospital to be located in the western portion of Jerusalem. In 1979, it moved to its present location and is today the city’s fastest growing medical centre, with 1000 beds spanning 2 campuses and treating over half a million patients per annum.

In 1948 Shaare Zedek served as military hospital during the War of Independence. The Department of Surgery, the only one functioning in Jerusalem, worked around the clock to save lives in the city.

During the June 1967 Six-Day War, the hospital itself was within the line of fire. Shaare Zedek served as a front line military hospital, treating 450 wounded in 70 hours and conducting over 200 operations.

It boarded windows and made many efforts to protect the hospital building and everyone inside it from enemy attacks. Although the conditions were very challenging, doctors, nurses and volunteers stayed in the hospital throughout the war and saved many lives through their relentless efforts.

After the war, Shaare Zedek was lauded by military and civilian authorities for its outstanding achievements.

A retired blood lab technician remembered, “One of the patients soon told me that the war had broken out. By 8 am they started moving patients to the basement where we turned storage rooms into hospital rooms. By 11 am mortar shells were flying around us…

“We set up an operating room in the basement. We dug holes in the ground where we put anything that could ignite. Everyone stayed in the hospital, no one left. By the second day injured soldiers started coming to the hospital.

“There were so many miracles. A shell hit outside of the baby nursery and exploded but no one was injured. A second shell came into the attic of the hospital but it did not explode. You cannot imagine what it was like … there were so many wounded, so many things were makeshift and we had no idea what was happening with our families.”

Shaare Zedek continues its profound responsibility to the citizens of Jerusalem in modern times. The growth in recent years has been especially dramatic as Shaare Zedek has expanded from a 500 bed facility to a 1000 bed hospital with centres of excellence in key medical areas. Because of its central location and experience offering emergency care, Shaare Zedek treats 80% of victims of terror in Jerusalem and surrounding areas. It regularly runs drills to prepare its staff for mass casualty events.

Dr Allan Garfield, Chairman of the Australian Friends of Shaare Zedek notes, “The AFSZ are so proud to represent an institution that continues to be such a crucial part of the State of Israel.

“We thank the Australian Community for its unwavering support of Shaare Zedek, and pray that the Hospital’s services will only be required to heal patients in times of peace.”