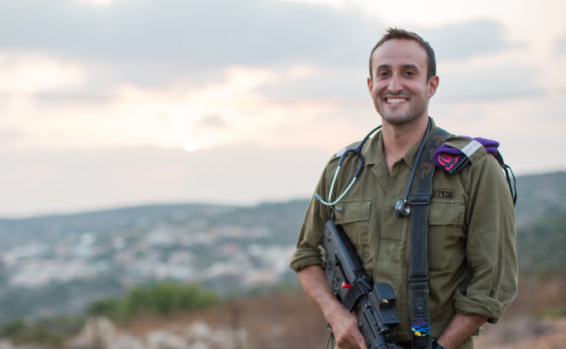 A sensational scientific breakthrough presented at Shaare Zedek Medical Centre’s Research Conference last month described eyedrops that have the potential to improve vision and remove the need for glasses or contact lenses.

The team of Opthalmologists at Shaare Zedek Medical Center and Bar-Ilan University’s Institute of Nanotechnology and Advanced Materials have developed eye-drops that have been found to repair the corneas and improve short and long sightedness.

The nanoparticle solution called as “nanodrops” was successfully used on pigs’ corneas.

Clinical trials on humans are expected to be carried out later this year, and if successful, this revolutionary invention could potentially eliminate the need for eyeglasses.

Dr. David Smadja, leader of the research team said the eye-drops could revolutionize ophthalmological and optometry treatments of patients suffering from myopia, hyperopia and other refractory conditions.

The revolutionary breakthrough was revealed by Dr. Smadja on Wednesday at Shaare Zedek’s second biennial research day, which was held at the hospital’s Steinberg Auditorium in Jerusalem.

Dr Smadja said that nanodrops could even be used to replace multifocal lenses and allow people to see objects from different distances.

“This is a new concept for correcting refractory problems,” Dr Smadja said. He, however, did not mention how often the drops will require being applied to replace eyeglasses completely.

According to the research abstract, the experiment led by Dr. Smadja and his colleagues involved analyzing refractive errors of pig eyes before and after instillation of nano drops filled with various concentration of synthetic nanoparticles. The results showed significant improvement in error correction for both myopic (near-sightedness) and hyperopic (far-sightedness) refractive error.

If the results in humans are successful, prospective patients will simply require a smartphone app to scan the eyes, measure their refraction, create a laser pattern and then “laser corneal stamping” of an optical pattern onto the corneal surface of their eyes.

The research from Dr Smadja was one of the two chosen works by an impartial team of judges from 160 pieces of research carried out by Shaare Zedek physicians and nurses over the last two years. The hospital staff publishes around 330 articles every year in different medical and science journals through the Shaare Zedek Mada’it (Scientific), a research and development company established for hospital to enable them to conduct research and turn their innovations into marketable products.

Dr Smaja is a 35-year-old French doctor who made aliya in 2016 and enlisted in the Israel Defense Forces as the oldest lone soldier in IDF history.  He was fifteen years older than the recruits who were beginning their mandatory service with him. After completing his basic training, he completed a course in military emergency medicine and worked as a doctor in the Givati Brigade’s Shaked Battalion.

Dr Allan Garfield, chairman of the Australian Friends of Shaare Zedek notes, “Shaare Zedek is Israel’s fastest growing and most dynamic hospital.  It represents the best of modern Israeli innovation. We are proud to be contributing to exciting discoveries that will improve the health of citizens of Israel and the community at large.”