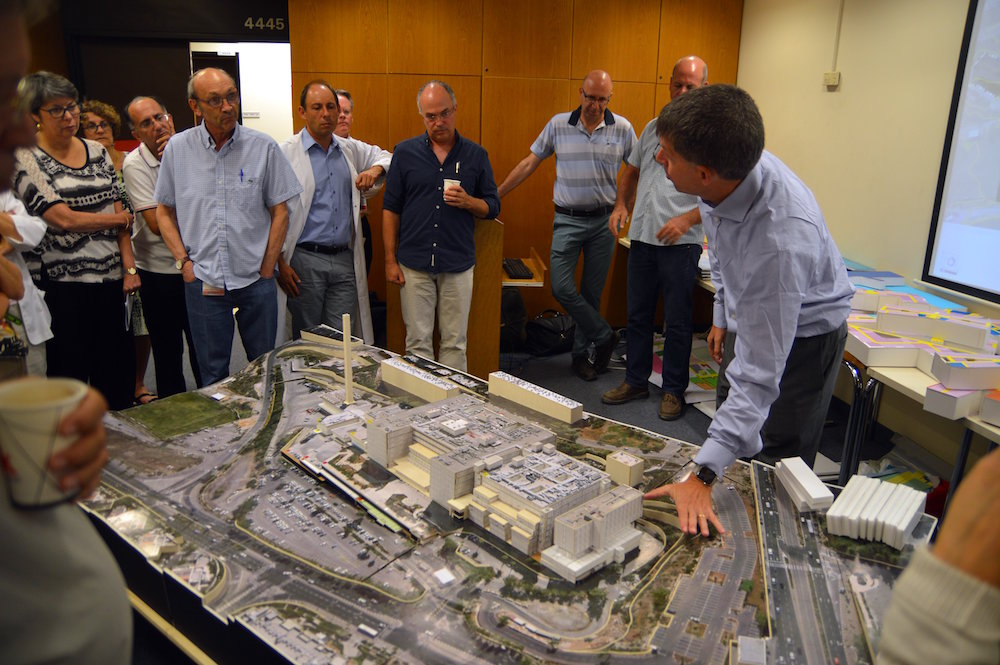 Shaare Zedek Medical Centre is the jewel in the crown that is Jerusalem. Located at the centre of the city of gold, it plays a crucial role in the daily life of modern Jerusalem.

Shaare Zedek is Israel’s fastest growing hospital and is now experiencing unprecedented growth and expansion. In recognition of its vital role in Jerusalem, Shaare Zedek is set to triple in size in coming years.

As an endorsement of Shaare Zedek’s pivotal role in the city, the Municipality of Jerusalem recently approved a submitted plan for the significant expansion of Shaare Zedek Medical Centre.

The plan which is often described as “Shaare Zedek 2035” is designed with the vision to ensure the hospital will be able to best accommodate the needs of the growing Jerusalem community in future decades, with the year 2035 being used as the benchmark.

The Jerusalem Municipality’s confidence in Shaare Zedek as the hospital of Jerusalem’s future is well placed. Shaare Zedek has a solid reputation as a well-managed, successful institution.

Recent significant major projects include the opening of the ten-story Next Generation Building, the opening of The Wilf Children’s Hospital, development of The Neurology Institute encompassing a dedicated Stroke Unit, Neurosurgery Unit and Interventional Neuroradiology Service, the opening of a new Intensive Care Unit and the development of an all-new Surgical Inpatient Unit to complement the Wohl Surgical Operating Complex.

Shaare Zedek achieves this with minimal financial input from the Israeli Government for capital works. It relies on the generosity of friends and donors around the world for its significant structural projects.

Dr Allan Garfield, Chairman of the Australian Friends of Shaare Zedek notes that the role that Shaare Zedek is playing in Jerusalem is an increasingly significant one.

During the recent wave of terror, 80% of victims in Jerusalem and surrounding areas are treated at Shaare Zedek. Due to the hospital’s central location and expertise in treating victims of trauma, it has a profound responsibility to victims of terror.

In a miracle characteristic of Shaare Zedek, over 22,000 babies are born at the hospital, more than at any other hospital in the Western World.

As the Hospital continues to plan for the future, the design of the building is sure to evolve in response to the needs of Jerusalem’s citizens and to take into considerations issues that are unique to a major hospital in Israel. Emergency shelters and responses to mass casualties are incorporated into the design and protocols of the hospital. The approved plan encompasses a campus bearing three new buildings including an inpatient tower.

The approved plan will double the registered land for Shaare Zedek’s use and will triple the approved building space to a massive 283,000 square meters.

This represents significant expansion and will completely reshape the hospital in future years.

Dr Garfield notes, “The Australian community, together with supporters of Shaare Zedek Medical Centre around the world can be proud of our role in the huge expansion and growth of one of Israel’s most successful and crucial institutions. We are literally helping to build an institution that represents Jerusalem’s healthy future.”