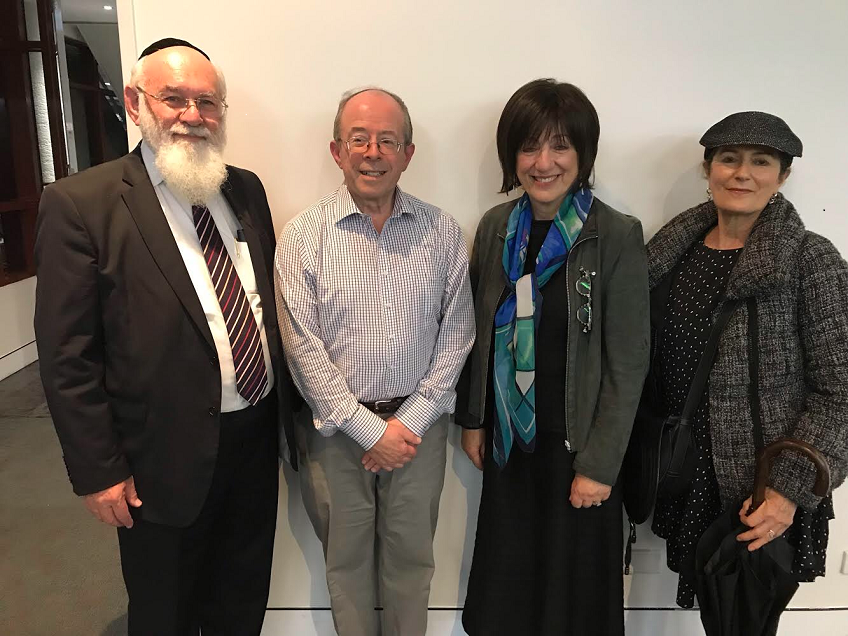 Proud to be Jewish

The Australian Friends of Shaare Zedek have finished the Jewish year on a high.

For the first 2 weeks of September we have hosted Rabbi Prof Avraham Steinberg, Jewish medical ethicist, paediatric neurologist, ordained Rabbi and appointee to Pope Francis’ Pontifical Academy of Life in the Vatican.

His final public appearance was to a capacity crowd that packed the Auditorium at Beth Weizmann.  The lecture was entitled The Rabbi in the Vatican and Prof Rabbi Steinberg outlined his role as author of a position paper signed by the heads of other monotheistic religions regarding a response to physician assisted suicide.

At the close of the event, Prof Agnes Bankier OAM, Deputy Chair of the AFSZ thanked Prof Rabbi Steinberg and noted,

. “You made us proud to be Jews and delighted to be supporting your and our hospital in Jerusalem, Shaare Zedek.

“At the opening of the Royal Children’s Hospital 11th National Bioethics Conference you presented a tour de force review of medical ethical issues, and the cultural sensitivity for dealing with them, at Share Zedek, where there is zero tolerance for discrimination among staff and patients alike.

“At the Alfred Hospital Grand Rounds you challenged the staff on end-of-life care issues.

“At two public forums in Melbourne and Sydney, with superb clarity you reflected on the Assisted Dying Act, Euthanasia and Life.

“Your shiurim went to the core of critical issues relating to stem cell research, PGD and brain death and it was a treat to hear how you have worked with government and interfaith to address critical issues of our time.

“What crystallised for me,” Prof Bankier continued, “is your role as connector.

“You have had the gift and opportunity to be the conduit to communicate medical ethical issues to the Rabbis and the understanding to probe their responses from the Talmud until the questions were answered and then to publicise the words as your direct mission for benefit of all.

“At all times you have earned the respect and admiration of your audience, and willingly engaged with all with extraordinary compassion and intelligence.”

The evening concluded with the audience participating in the final moments of a successful crowdfunding campaign which raised funds in support of Shaare Zedek’s Australian born doctors who are world leaders in the prevention and treatment of cancer.

Their work and their discoveries have inspired similar studies in Australia and are having important ramifications for the health of Jewish communities both in Israel and around the world.

The Australian Friends of Shaare Zedek would like to thank all our supporters for their magnificent generosity.  We are proud to promote an organisation that represents so much that is good about Israel and our Jewish nation.

We wish our community a year filled with health and joy and look forward to continued achievements.