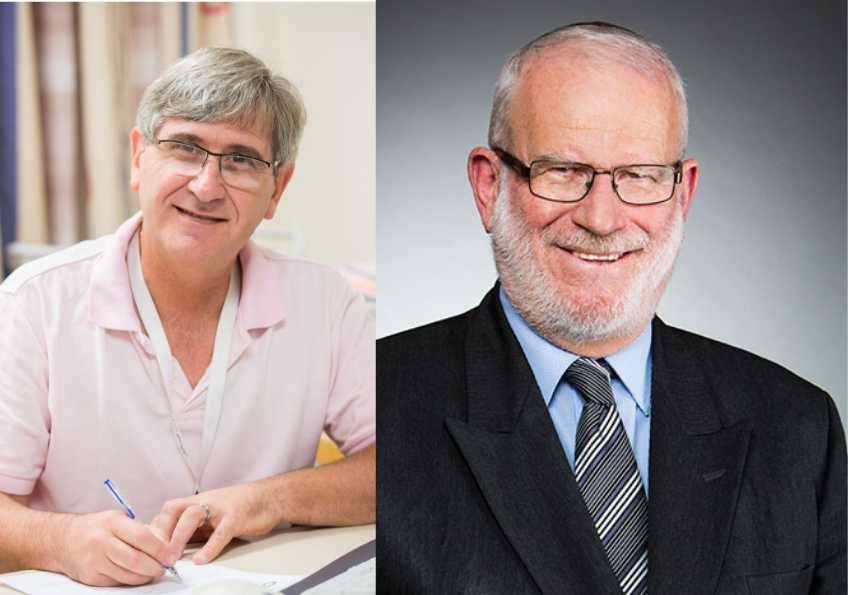 The recent Australia Day awards were especially significant for the Australian Friends of Shaare Zedek Inc.

Dr. Nathan Isaac Cherny was appointed a Member (AM) in the General Division of the Order of Australia for his significant service to medicine, and to education, in the fields of palliative care and medical oncology.

He is a well-known personality in the Australian Jewish Community.  Nathan was born in Australia and both his father and brother are highly respected medical professionals.  Nathan is a graduate of Mount Scopus and he completed his medical training at Monash University. He made Aliya over 30 years ago and regularly visits his friends and family in Australia.

Among his many achievements, he established the undergraduate training programme in palliative care at Monash University while completing his fellowship of the Royal Australian College of Physicians with specialist recognition in oncology and palliative medicine.

In another Australia Day award that was a source of much pride for the Australian Friends of Shaare Zedek Inc. Mr Tom May, Board Member of AFSZ was awarded OAM for Service to the Law.  Tom has been a director of the Law Institute of Victoria.  His communal work in addition to his involvement with AFSZ Inc includes the Executive Council of Australian Jewry, Caulfield Beth HaMedrash, The Melbourne Chevra Kadisha and The Melbourne Eruv.